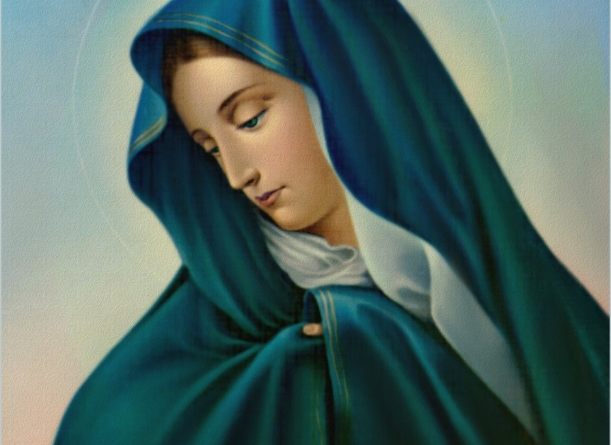 ONCE, in a dream, Friar Leo beheld a vision of the making ready of the Divine judgment. He beheld the Angels making music with trumpets and divers instruments, and calling together a marvellous great crowd in a meadow. And on one side of the meadow was set a ladder all rosy red, which reached from earth even unto heaven, and on the other side of the meadow was set another ladder all white, which descended from heaven to earth. On the top of the red ladder, Christ appeared a Lord offended and exceeding wrath. And St. Francis was nigh unto Christ but a few steps lower down; and he came farther down the ladder, and with a loud voice and great fervour called and said: “Come ye, my friars, come confidently, fear not, come, draw nigh unto the Lord, for He calleth you”. At the voice of St. Francis and at his bidding, the friars went and climbed up the red ladder with great confidence. And, when they were all thereon, some fell off the third step, and some off the fourth step, others off the fifth and the sixth; and at the last all fell, so that there remained not one upon the ladder. And so great ruin of his friars, St. Francis, as a pitiful father, was moved to compassion, and besought the Judge for his sons, that He would receive them to His mercy. And Christ showed His wounds all bloody, and said unto St. Francis: “This have thy friars done unto Me”.
.
And St. Francis delayed not, but, even as he interceded, came down certain steps, and cried unto the friars that were fallen from the red ladder and said: “Come ye, rise up, my sons and friars, be of good courage and despair not, but run to the white ladder and climb up it, for by it ye shall be received into the Kingdom of Heaven; run, friars, through paternal admonishment, to the white ladder”. And on the top of the ladder appeared the glorious Virgin Mary, the Mother of Jesus Christ, all pitiful and kind, and welcomed those friars; and without any difficulty they entered into the eternal kingdom. To the praise of Christ.