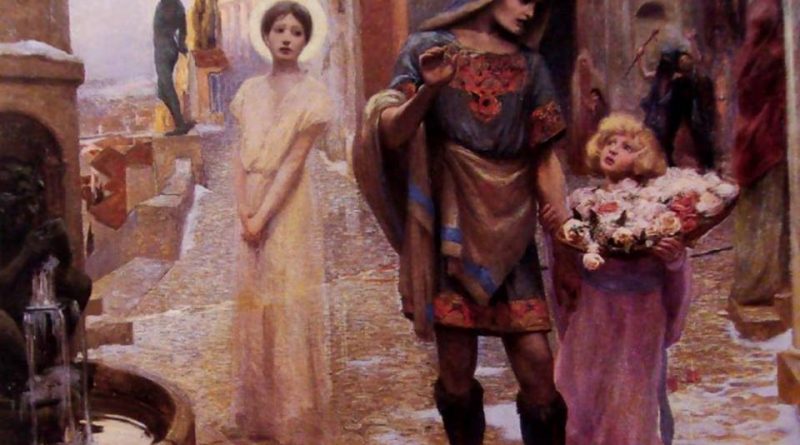 After Saint Dorothy had been sentenced to Death for refusing to deny Christ, a young pagan began to mock and make fun of her Faith as she was led to the Executioner to be beheaded. “Send me some roses and apples from the garden where you are going after you die,” he shouted. Then he laughed cruelly. But St. Dorothy promised that she would. As soon as she died, a child appeared to that pagan carrying three roses and three apples! Where could they have come from? It was not the season for apples and roses! The amazed man realized that the child was an angel come from God and that the flowers and fruit were sent from Heaven. He was converted right then. Soon afterwards, he, too, gave his life for God.