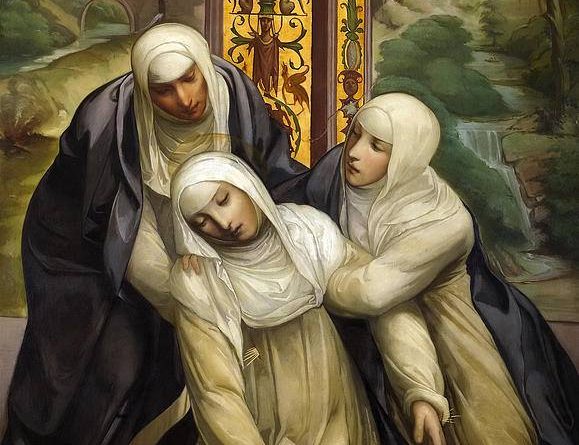 Saint Catherine of Siena, the great 14th century religious mystic, transmitted the words of Our Lord Jesus Christ about the sin of homosexuality, which contaminated some of the clergy in her time, the Renaissance. Referring to sacred ministers who committed this sin, He told her:
.
Our Lord speaking to St. Catherine of Siena
They [the homosexuals] not only fail from resisting the weakness [of fallen human nature] …. but they do even worse when they commit the cursed sin against nature. Like the blind and stupid, having dimmed the light of their understanding, they do not recognize the disease and misery in which they find themselves. For this not only causes Me nausea, but is disgusting even to the devils themselves whom these depraved creatures have chosen as their lords.
.
For Me this sin against nature is so abominable that for it alone five cities were destroyed by virtue of the judgment of My Divine Justice, which could no longer bear their iniquity ….
.
It is disgusting to the devils not because evil displeases them or because they find pleasure in good, but rather because their nature is angelic and flees upon seeing such a repulsive sin being committed. For while certainly it is the devil that first strikes the sinner with the poisoned arrow of concupiscence, nonetheless when a man actually carries out such a sinful act, the devil goes away.