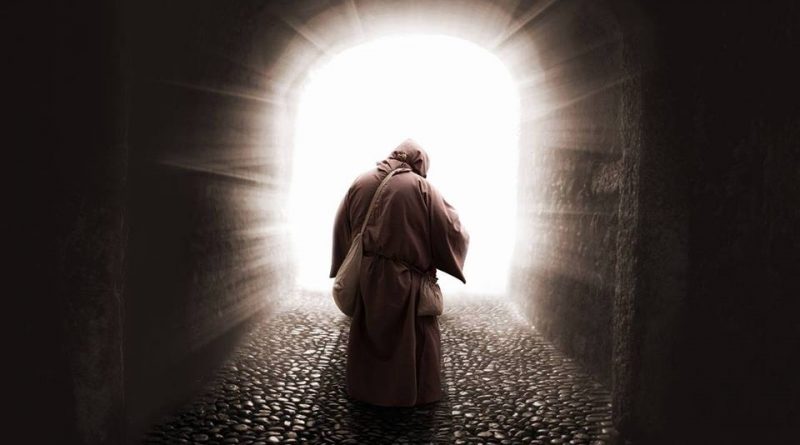 (Taken From the Glories of Mary)

Return to me, and I will return to you, saith the Lord…
(Malachi Ch. 3:7)
.
It is narrated by Belluacensis that in Ridolio, a city of England, in the year 1430, there lived a young nobleman named Ernest, who gave all his patrimony to the poor, and entered a monas tery, where he led so holy a life that he was great ly esteemed by his superiors, particularly for his special devotion to the most holy Virgin. It happened that a pestilence prevailed in that city and the citizens had recourse to that monastery to ask the prayers of the monks. The abbot or dered Ernest to go and pray before the altar of Mary, and not to quit it until she had given him an answer. The youth remained there three days, and received from Mary, in answer, some prayers, which were to be said. They were said, and the plague ceased. It happened after wards that this youth became less ardent in his devotion to Mary; the devil assailed him with many temptations, especially to impurity, and to a desire to flee from the monastery; and hav ing neglected to recommend himself to Mary, he resolved to take flight by casting himself from the wall of the monastery; but passing before an image of the Virgin which stood in the corridor, the mother of God spoke to him, and said: “My son, why do you leave me?” Ernest was over whelmed with surprise, and, filled with com punction, fell on the earth, saying: “My Lady, behold, I have no power to resist, why do you not aid me?” and the Madonna replied: “Why have you not invoked me? If you had sought my protection, you would not have been reduced to this; from this day commend yourself to me, and have confidence.” Ernest returned to his cell ; but the temptations were renewed, yet he neglected to call upon Mary for assistance. He finally fled from the monastery, and leading a bad life, he went on from one sin to another, till he became an assassin. He rented an inn, where in the night he murdered unfortunate travellers and stripped them of all they had. Pne night, among others, he killed the cousin of the gov ernor of the place, who, after examination and trial, condemned him to the gallows. But during the examination, a young traveller arrived at the inn, and the host, as usual, laid his plans and entered his chamber to assassinate him: but on approaching the bed, he finds the young man gone and a Christ on the cross, covered with wounds, in his place. Our Lord, looking compassionately at him, said: “Is it not enough that I have died once for thee? Dost thou wish to slay me again? Do it, then; lift thy hand and kill me!” Then the poor Ernest, covered with confusion, began to weep, and exclaimed: “Oh Lord, behold me ready to return to thee, who hast shown me so much mercy.” He immediately left the inn to go back to the monastery and do penance; but the officers of justice overtook him on the way, he was carried before the judge, and in his pres ence confessed all the murders he had com mitted. He was at once condemned to death without even being allowed time for confes sion. He commended himself to Mary. He was hung upon the gallows, but the Virgin pre vented his death. She herself released him, and said to him: “Return to the monastery; do penance; and when you shall see in my hand a pa per containing the pardon of thy sins, then pre pare to die. Ernest returned, and having relat ed all to the abbot, did great penance. After many years, he saw in the hand of Mary the paper containing his pardon; he then prepared for his last end, and died a holy death.