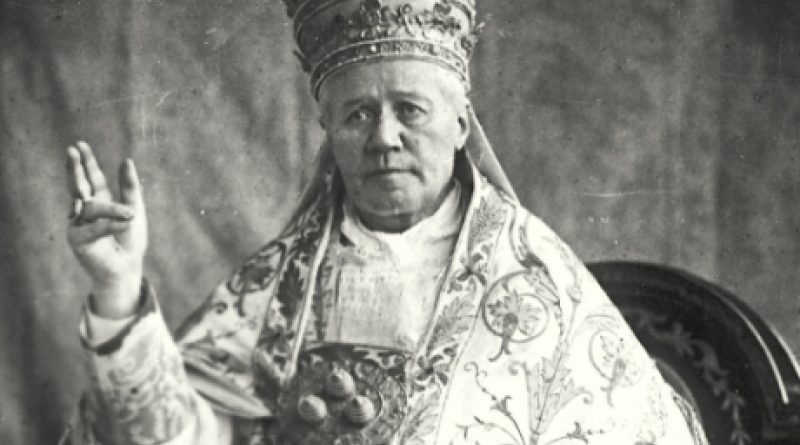 As Pope, St. Pius X had to correct and reprimand several bishops and priests who had fallen into heresy or were flirting dangerously close to that edge. Some of the French prelates who supported the Sillon (a precursor to modern Liberation Theology) were particularly problematic. One bishop who had been reprimanded continued to act against the Catholic Faith. Pope Pius X called him to Rome. When the bishop entered he made the customary genuflection before the Pope and waited to be acknowledged so he could rise. Pope Pius X remained busy at his desk ignoring the bishop for three quarters of an hour. This was a small penance which the saintly pontiff was imposing. At last, Pope Pius raised his eyes and looked the bishop directly in the eyes, holding his gaze steady and stern. Without a word he rose and walked over to the kneeling figure. Then he greeted him: “Good morning, your Excellency.” Before the Bishop could arise, Pope Pius X swiftly removed the zucchetto from the Bishop’s head and placed it on the edge of his desk. He then dismissed him, “Have a good day, Father.” And that was the end of the meeting. No more words had to be spoken. This great pope had sent a very clear warning shot across the bow of the Bark of Peter letting all know what the fate would be of those bishops, successors to Judas, who refused to resist and denounce heresy.