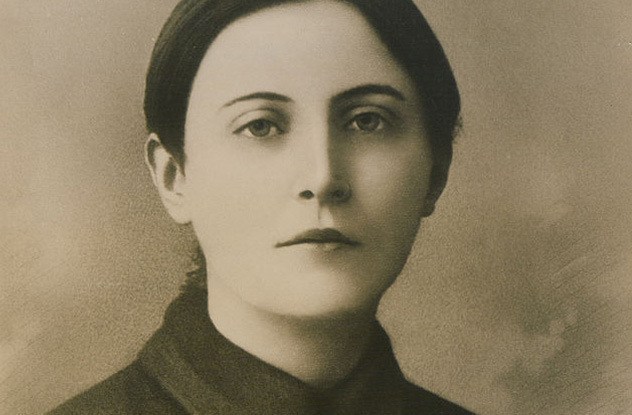 One day when St. Frances of Rome was going to receive Communion, the devil said to her: “How can you, who are so full of venial sins, dare to receive the Immaculate Lamb!” She instantly perceived that the enemy intended to deprive her of so great a joy, and silenced him by spitting in his face. After this the Blessed Virgin appeared to her, and having praised her conduct, she saidthat our defects, instead of being an obstacle, should be an incentive to Communion, since in Communion we find the remedy for all our miseries.
SAINT GEMMA
Satan appeared to Gemma in the form of an angel, resplendent with light, insinuating himself with the most subtle cunning, so as to throw her off her guard. Then as with Eve in the Garden of Eden, he depicted things in the falsest colors “Look” he said “I can make thee happy if only you will swear to obey me”. Gemma, who this time did not feel in her soul the usual disturbance indicating the presence of the demon, stood listening in her simplicity. But God came to her aid. After the first wicked proposal, her eyes were opened. She stood up exclaiming “My God! Mary Immaculate!” Make me die rather!” and with these words she rushed to the feigned “angel” and spat in his face. At the same moment she saw him vanish in the form of fire.