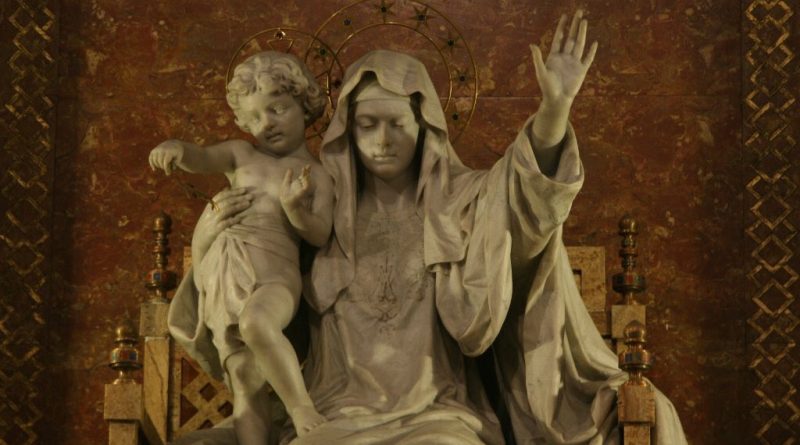 PRAYER TO OUR LADY OF SMILES

.
O Mary, Mother of Jesus and our Mother who, through a visible smile, did once console and cure Thy privileged child, Saint Theresa of the Infant Jesus, we beseech Thee, console us also in the sorrows of this life; detach our hearts from the world. Grant us health both of soul and body, strengthen our hope, obtain for us the favor of etenally enjoying in Heaven Thy gracious Motherly Smile. Amen.
.
O Virgin of the smile, convert sinners, heal the sick, and assist the dying.
Saint Theresa of the Child Jesus, pray for us.
Imprimatur: (200 jours d’indulgence) Paul-Emile Cardinal Léger, Arch. de Montréal, 7 novembre 1960. – Litho Sainit-Gabriel, Montréal, Canada

.
PRAYER TO OUR LADY OF SMILES FOR A SPECIAL INTENTION

.
Gentle Mary, My Mother, I place before Thee the worries, hurts and hopes of my heart. They shrink my soul and I feel heavy and hopeless. Darkness closes in around me.I reach out to Thee, bright Lady of Hope. Smile on me. Smile on my loved ones and the intentions I place before Thee.
.
(Mention your intentions here…)
.
Thine tender smile works miracles and heals, as Thou did with St. Thérèse, the Little Flower.
Thou are my true Mother.
Thou show the tender Mercy of God.
Smile on me, Blessed Mother and all will be well. Amen.