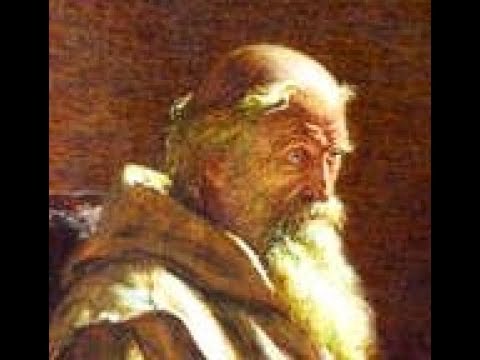 Father of the Church

Patronage: English writers and historians; Jarrow, Tyne and Wear, England, San Beda University
.
Saint Bede, the illustrious ornament of the Anglo-Saxon Church and its first English historian, was consecrated to God in 680 at the age of seven, and entrusted to the care of Saint Benedict Biscop at Weremouth. He became a monk in the sister-house of Jarrow, which he would never leave, and there he trained no fewer than six hundred scholars, whom his piety, learning, and sweet disposition had gathered around him.
.
He was ordained a priest in 702. To the toils of teaching and the exact observance of his Rule he added long hours of private prayer, with the study of every branch of science and literature then known. He was familiar with Latin, Greek, and Hebrew. In a treatise which he compiled for his scholars, still extant, he assembled all that the world had then conserved of history, chronology, physics, music, philosophy, poetry, arithmetic, and medicine. In his Ecclesiastical History he has left us beautiful lives of Anglo-Saxon Saints and holy Fathers, while his commentaries on the Sacred Scriptures are still in use by the Church.
.
It was to the study of the Divine Word that he devoted the whole energy of his soul, and at times his compunction was so overpowering that his voice would break with weeping, while the tears of his scholars mingled with his own. Once he was accused of heresy by certain jealous ones, but this scholar who had always made a great effort not to depart from tradition, wrote a letter which vindicated him and stopped the bad reports. He had little aid from others, and during his later years suffered from constant illness; yet he worked and prayed up to his last hour. It has been said of him that it is easier to admire him in thought than to do him justice in expression.
.
The Saint was employed in translating the Gospel of Saint John from the Greek, even to the hour of his death, which took place on the eve of the Ascension in the year 735. He spent that day joyfully, writes one of his scholars. In the middle of the afternoon he said: It is time that I return to the One who gave me being, creating me out of nothing… The moment of my liberty is approaching; I desire to be freed from the bonds of the body and to join Jesus Christ. Yes, my soul longs to see Jesus Christ its king, in the splendor of His glory. In the evening a scribe attending him said, Dear master, there is yet one chapter unwritten; would you be disturbed if we asked you additional questions? He answered, No; take your pen, and write quickly, which the disciple did. He prayed then until his last breath.
.
Reflection. The Imitation of Christ says: The more a man is at peace within himself and interiorly simple, the more and deeper things does he understand without labor; for he receives the light of understanding from on high.
.
Prayer to Venerate Any Saint
.
Saint Rita: Feast Day May 27
.
I desire therefore, first of all, that supplications, prayers, intercessions, and thanksgivings be made for all men: For kings, and for all that are in high station: that we may lead a quiet and a peaceable life in all piety and chastity. For this is good and acceptable in the sight of God our Saviour, Who will have all men to be saved, and to come to the knowledge of the truth. (1 Timothy 2:1-4)
.
And another angel came, and stood before the altar, having a golden censer; and there was given to him much incense, that he should offer of the prayers of all saints upon the golden altar, which is before the throne of God. And the smoke of the incense of the prayers of the saints ascended up before God from the hand of the angel. (Rev. 8:3-4)
.
ETERNAL Father, I wish to honor St. (Name), and I give Thee thanks for all the graces Thou have bestowed upon him (her). I ask Thee to please increase grace in my soul through the merits of this saint, and I commit the end of my life to him (her) by this special prayer, so that by virtue of Thine goodness and promise, St. (Name) might be my advocate and provide whatever is needed at that hour. Amen.
.
PROMISE: “When you wish to honor any particular saint and give Me thanks for all the graces I have bestowed on that saint, I increase grace in your soul through the merits of that saint. When you commit the end of your life to any of the saints by special prayers, I appoint those saints to be your advocates and to provide whatever you need at that hour.”-Our Lord to St. Gertrude
.
Blessed Anne Catherine Emmerich revealed in her Visions that saints are particularly powerful on their feast days and should be invoked then