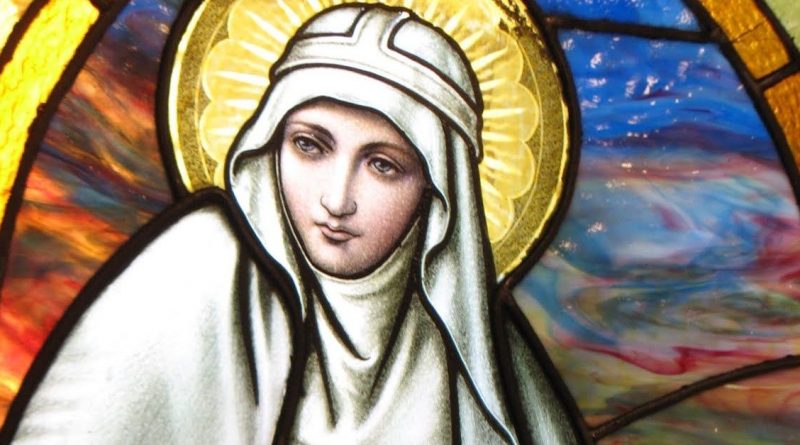 The bride saw God looking angry. He was saying: “I am without beginning and without end. There is no change in me either of year or day. Rather, all the time in the world is like a single hour or moment to me. Everyone who sees me sees and understands everything that is in me in an instant, so to speak. However, my bride, since you are in a material body, you cannot perceive and comprehend like a spirit. Therefore, for your sake, I will explain to you what has happened. I was, as it were, seated in judgment, for all judgment has been given to me, and a certain person came to be judged before the tribunal. The voice of the Father resounded and said to him: ‘Woe unto you that ever you were born.’
.
It was not as though God had repented of having created him, but just like anyone would be sorry for another person and feel compassion for him. The voice of the Son came in answer: ‘I poured out my blood for you and accepted a harsh punishment for you, but you have alienated yourself entirely from it and will have nothing to do with it.’ The voice of the Spirit said: ‘I searched all the corners of his heart to see if I might perhaps find some tenderness and charity in his heart, but he is as cold as ice, as hard as stone. He is none of my concern.’
.
These three voices have not been heard as if there were three gods, but they were made audible for your sake, my bride, because otherwise you would not be able to understand this mystery. The three voices of the Father and Son and Holy Spirit were then immediately transformed into a single voice that thundered and said: ‘By no means do you deserve the kingdom of heaven!’ The Mother of mercy remained silent and did not open up her mercy, for the defendant was unworthy of it. All the saints cried out in one voice saying: ‘It is divine justice for him to be perpetually exiled from your kingdom and from your joy.’ All those in purgatory said: ‘We have no punishment harsh enough to punish your sins. You must endure greater torments and you will therefore be secluded from us.’ Then even the defendant himself cried out in a horrendous voice, saying: ‘Alas, alas for the seeds that came together in my mother’s womb and from which I was formed!’ He cried out a second time and said:
.
‘Accursed be the hour in which my soul was joined to my body and accursed be he who gave me a body and soul!’ He cried out a third time: ‘Accursed be the hour in which I came forth alive from the belly of my mother!’ Then came three horrible voices from hell saying to him: ‘Come to us, accursed soul, like liquid copper draining down to perpetual death and life interminable!’ They cried out a second time: ‘Come, accursed soul, empty for our malice! For there will be none of us who will not fill you with his own pain and malice.’ They cried out a third time: ‘Come, accursed soul, heavy like a stone that sinks and sinks and never reaches the bottom where it can rest!
.
You will descend deeper into the deep than we, and you will not be brought to a standstill until you have reached the lowest part of the abyss.'”‘
(St. Bridget of Sweden, ‘The Revelations)