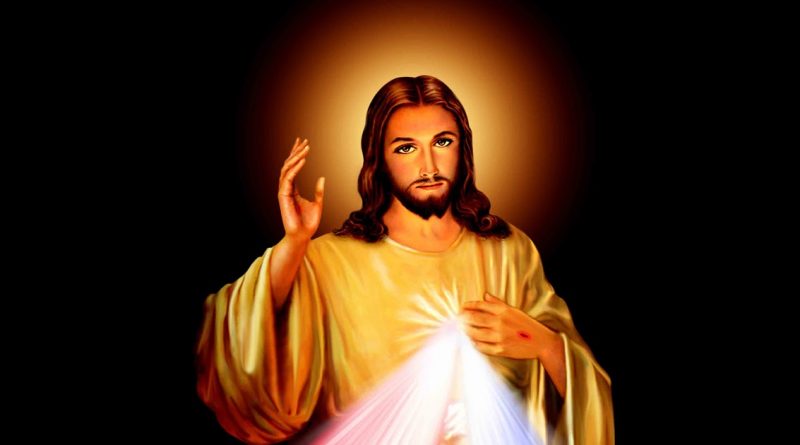 One day as Gertrude made her way down the hall, she bowed as a Sister passed by, but it was when the ‘Sister’ stopped that Gertrude saw that it was our Lord who was appearing before her, Gertrude described Him in these words, ” He is more beautiful than all the children of men”. Gertrude was awestruck by seeing our Lord before her, especially as she had been suffering spiritual aridity for sometime, her heart filled with such joy it nearly burst. Our Lord spoke to her saying, “Your salvation is at hand; why are you consumed with grief? Have you no counselor, that you are so changed by sadness?” Gertrude upon hearing these words then found herself before a choir of nuns as she looked on and observed them singing praises to God, our Lord then said to Gertrude, ” I will save you, I will deliver you; fear not.” Jesus then placed His hand on Gertrude assuring her that He would keep His promise. This brought such joy to Gertrude’s heart and soul as she had suffered great torments in her spiritual aridity. Our Lord then consoled Gertrude with these words, “You have licked the dust with My enemies, and you have suckered honey amidst thorns; but return now to Me-I will receive you, and inebriate you with the torrent of My celestial delights.”
.
Gertrude was stunned by the enormity of seeing her beloved Lord and tried to reach out to Him in her zealousness, but found instead that a barrier stood before her, which Gertrude recognised as her sins which was separating them. Before Gertrude fell into a deep sadness, our gracious Lord instead reached for her and Gertrude took hold of His Hand which then brought her to His side. Through this Gertrude was made to realise that it was the distractions of the world which had distanced her from experiencing the love of God, she was made to realise what God found pleasing and what He did not! Gertrude from then on decided to do away with the vanities of the world including reading fine books which had very little spiritual content and other vagaries of delight such as music which did not praise God.