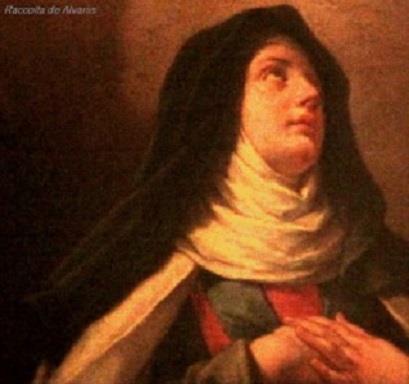 Born of the royal blood of France, herself a queen, Jane of Valois led a life remarkable for its humiliations even in the annals of the Saints. Her father, Louis XI, who had hoped for a son to succeed him, banished Jane from his palace, and, it is said, even attempted her life. At the age of five the neglected child offered her whole heart to God, and yearned to do some special service in honor of His blessed Mother. At the king’s wish, though against her own inclination, she was married to the Duke of Orleans.

Towards an indifferent and unworthy husband her conduct was always patient and dutiful. Her prayers and tears saved him from a traitor’s death and shortened a captivity which his rebellion had merited. Still nothing could win a heart which was already given to another. When her husband ascended the throne as Louis XII, his first act was to repudiate, by false representations, one who through twenty-two years of cruel neglect had been his true and loyal wife. At the final sentence of separation, the saintly queen exclaimed, God be praised who has allowed this, that I may serve Him better than I have heretofore done.

Retiring to Bourges, she there undertook to realize her long-formed desire of founding the Order of the Annunciation, in honor of the Mother of God. Under the guidance of Saint Francis of Paula, the director of her childhood, Saint Jane was enabled to overcome the serious obstacles which even good people raised against the foundation of her new Order. In 1501 the rule of the Annunciation was finally approved by Alexander VI. The chief aim of the institute was to imitate the ten virtues practiced by Our Lady in the mystery of the Incarnation. Its Superior was called Ancelle, handmaid, in honor of Mary’s humility. Saint Jane built and endowed the first convent of the Order in 1502. She died in heroic sanctity in 1505, and was buried in the royal crown and purple, beneath which she wore the habit of her Order.

Reflection. During the lifetime of Saint Jane, the Angelus was established in France. The sound of the Ave thrice each day gave her hope in her sorrow, and fostered in her the desire to honor, yet more, the Incarnation. How often might we derive grace from the same beautiful devotion, so enriched by the Church, yet neglected by so many Christians!