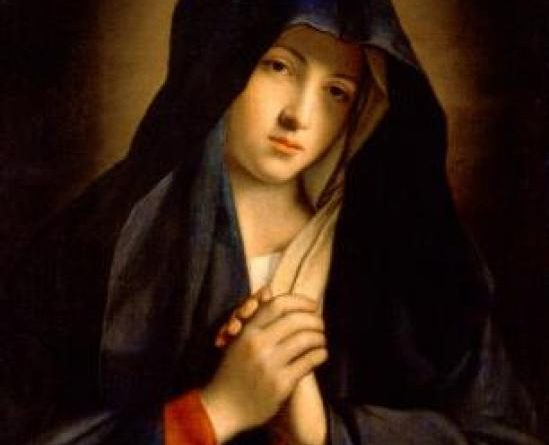 Before John gave himself over completely to God he joined the army. The army at one point marched to the kingdom of Navarre to defend it against the French invaders. John spent his spare moments praying the Rosary. One night while John was praying, a fellow soldier “unexpectedly picked up a leather brandy flask, stumbled to his feet, flung an arm around John in a mock embrace and dared him, mumbling, ‘Put away your beads. Praying is for women. Be a man! Here, drink up!’ John drank. He was finally accepted. A new devil-may-care attitude replaced the devout man who had abadoned his kin at the age of 7 to follow a Priest and serve Christ. The brandy burned away his loneliness and his pain, but only temporarily. At one point, John came into the possession of a French horse and was sent to get food and provisions for his troop. But the horse was loyal to its French masters and would not cooperate with John. He threw John off his back and John landed on a boulder. He was out cold. His head was wounded and his leg was seriously injured. When he awoke, he could not get up. He cried out to the Blessed Virgin to help him. Soon a soft footstep hushed his pleading. His heart fluttered. Turning his head, he saw a young woman close by. She wore the (dress) and starched square headdress of a Basque shepherdess. How beautiful she was in the moonlight! She (bathed) the blood from head and face with water which she carried in a small jug. Then, with hands as cool and soothing as balm, she lightly touched his injured leg.
.
‘Señorita, who told you that I needed help?’
.
‘You,‘ she murmured, and continued to minister to his wounds.
.
‘I?‘ John looked at her through astonished eyes.
.
She stood. ‘I am she to whom you called for help. In future, my son, be more faithful to your prayers.’ Still holding the water jar, she smiled an irresistible smile and vanished”.
.
John immediately stood up and he was healed. He never went back to the liquor and resumed his former prayerful way of life Knowing that he was saved by the Mother of God.