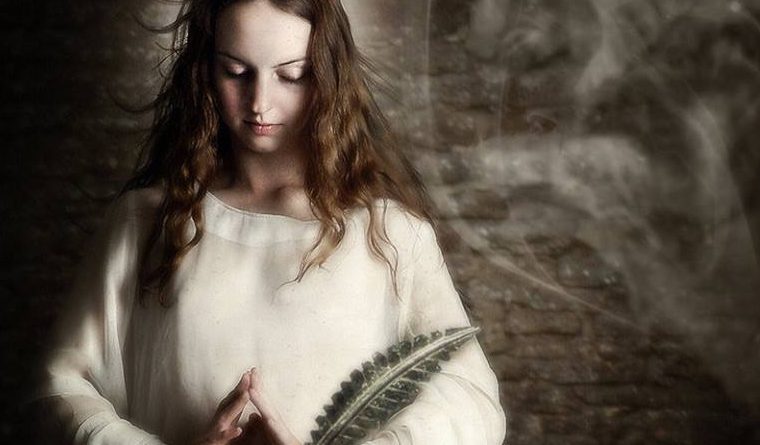 Patronage: nursing mothers, Rome, Italy
.
Saint Martina, a Roman virgin, was the child of a noble Christian consul, of whom it was said that he was extremely merciful towards the poor, and very zealous for faith in the Most Holy Trinity. His daughter lost both her parents while she was still very young, and for love of Christ she distributed all she inherited to the poor, that she might be more free to hasten towards martyrdom, during the persecution which had recently begun.
.
Under the emperor Alexander Severus she was discovered in a church one day by three officers of a search party, and commanded to follow them to a temple of Apollo. She cheerfully agreed, saying she would do so after praying for a short time and taking leave of her bishop. The officers reported their important capture to the emperor, believing she would readily renounce her faith. But when he ordered her to speak, she replied that she would sacrifice to none other than the true God, and never to idols, the handiwork of men. She was tortured by iron hooks, but her executioners were thrown to the ground amid a great light as she prayed, and arose converted, like Saint Paul, to the Christian faith.
.
She was tormented again the following day before the emperor, cruelly scourged while attached by her hands and feet to posts. When, one day later, she was taken to a temple of Diana, the demon left amid horrible screams. Fire from heaven fell and burnt the idol, which in tumbling crushed many of its priests and pagan worshipers. Saint Martina, after suffering other tortures and being spared by an enraged lion and a fiery furnace, was finally beheaded. Her death occurred on January 1st during the fourth year of Alexander Severus.
.
Her relics were found in 1634, during the papacy of Urban VIII, near the Mamertine Prison, with those of several other martyrs. All were placed in a beautiful church dedicated to Saint Martina in the Roman Forum. Urban VIII spared no efforts in promoting her veneration; and through his solicitude the Office was enhanced with hymns for Matins and Lauds. In these we read that her soul rose to heaven, where she was seen afterwards upon a royal throne, while the Blessed sang praises to God.
.
Reflection. God calls His Saints to Him at every age; little children turn to Him with faith and love, strong men in their mature years, white-haired grandparents and servants of God in their golden age. And we find martyrs ready for every torment, at all epochs of life. What is important is to be ready and to desire the most important day of our life — that of our death.
.
Prayer to Venerate Any Saint
.
Saint Martina: Feast Day January 30
.
Rev. 8:3-4 [3] And another angel came, and stood before the altar, having a golden censer; and there was given to him much incense, that he should offer of the prayers of all saints upon the golden altar, which is before the throne of God. [4] And the smoke of the incense of the prayers of the saints ascended up before God from the hand of the angel.
.
ETERNAL Father, I wish to honor St. (Name), and I give You thanks for all the graces You have bestowed upon him (her). I ask You to please increase grace in my soul through the merits of this saint, and I commit the end of my life to him (her) by this special prayer, so that by virtue of Your goodness and promise, St. (Name) might be my advocate and provide whatever is needed at that hour. Amen.
.
PROMISE: “When you wish to honor any particular saint and give Me thanks for all the graces I have bestowed on that saint, I increase grace in your soul through the merits of that saint. When you commit the end of your life to any of the saints by special prayers, I appoint those saints to be your advocates and to provide whatever you need at that hour.”-Our Lord to St. Gertrude
.
Blessed Anne Catherine Emmerich revealed in her Visions that saints are particularly powerful on their feast days and should be invoked then.