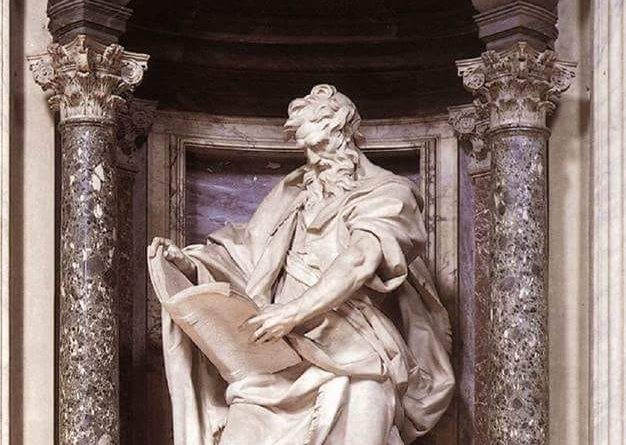 I have described, as far as I was permitted, the exalted state of the great Queen and Lady after the first council of the Apostles, and also her victories over the infernal dragon and his demons. Although the wonderful works which She accomplished during these times and at all times, cannot be recorded in a history, nor even summed up, I was nevertheless given special light for the purpose of describing the beginnings of the Gospels and the call of the Evangelists to undertake their writing, the part which Mary bore in their being written, her care for the absent Apostles, and the miracles She wrought for them. In the second part, and on many occasions I have stated, that the heavenly Mother had a positive knowledge of all the mysteries of grace, of the Gospels and other holy writings, which were to serve for the confirmation of the new Law. In this knowledge She was confirmed many times, especially on the day of her ascension with her divine Son into heaven. From that day on, without forgetting anything, She often prostrated Herself in prayer before the Lord, asking Him to send his divine light upon the Apostles and holy writers and to order them to write, when the opportune should have come. Afterwards, when the Queen returned from heaven was put in charge of the Church (as related in the sixth chapter of this book), the Lord made known to Her that the time for beginning to write the holy Gospels had arrived and that She should make her arrangements for this purpose as the Mistress and Instructress of the Church. But in her profound humility and discretion She obtained the consent of the Lord, that this should be attended to by saint Peter, his vicar and the head of the Church; and that he should be especially assisted by divine enlightenment for a matter of such importance. All this was granted by the Most High when the Apostles met in the council mentioned by saint Luke in the fifteenth chapter of the Acts, after they had settled the doubts about circumcision, as I described in the sixth chapter, saint Peter proposed to them all the necessity of recording in writing the mysteries of the life of Christ our Savior and Teacher, so that they might be preached to all the faithful in the Church without variation or difference, thus doing away with the old Law and establish the new. Saint Peter had already consulted with the Mother of wisdom; and all the council having approved of his proposal, they called upon the Holy Ghost to point out the Apostles and disciples who should write the life of the Savior. Immediately a light was seen descending upon saint Peter and a voice was heard saying: “The highpriest and head of the Church shall assign four for recording the works and the teachings of the Savior of the world.” Saint Peter and all present prostrated themselves, giving thanks to the Lord for this favor. When all of them had again risen, saint Peter spoke: “Matthew our beloved brother, shall immediately begin to write his Gospel in the name of the Father, the Son and the Holy Ghost. Mark shall be the second, who shall likewise write the Gospel in the name of the Father, the Son and the Holy Ghost. Luke shall write the third, in the name of the Father, the Son and the Holy Ghost. Our most beloved brother John shall be the fourth and last to write the mysteries of our Savior and Teacher in the name of the Father, the Son and the Holy Ghost.” This decision the Lord confirmed by permitting the heavenly light to remain until these words were repeated and formally accepted by all those appointed. Within a few days saint Matthew set about writing the first Gospel. While praying in a retired room of the Cenacle and asking to be enlightened for the inception of his history, the most blessed Mary appeared seated on a throne of great majesty and splendor, the doors of the room still remaining closed. The great Lady told him to arise, which he did, asking for her benediction. Then She spoke to him and said: “Matthew, my servant, the Almighty sends me with his blessing, in that with it thou begin the writing of the Gospel thou hast the good fortune to be entrusted with, thou shalt have the assistance of the Holy Ghost and I shall beg it for thee with all my heart. But concerning myself it is not proper, that thou write anything except what is absolutely necessary for manifesting the Incarnation and other mysteries of the Word made man, for establishing his faith in the world as the foundation of his Church. This faith being established, the Almighty will find other persons, who, when the times arrive in which it shall become necessary, shall reveal to the faithful the mysteries and blessings wrought by his powerful arm in me.” Saint Matthew signified his willingness to obey the mandate of the Queen; and while he conferred with Her about composing his Gospel, the Holy Ghost came down upon him in visible form; and in the presence of the Lady he began to write the words as they are still extant in his Gospel. The blessed Mary then left him and saint Matthew proceeded in his history, finishing it in Judea. He wrote it in the Hebrew language in the year forty–two of our Lord.