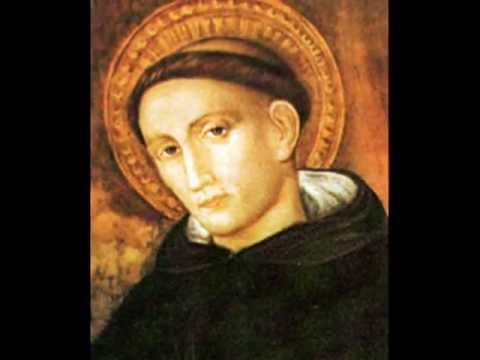 Patronage: animals; babies; boatmen; diocese of Cabanatuan, Philippines; dying people; Lambunao, Philippines; Guimbal, Iloilo, mariners; diocese of Mati; holy souls; Philippines; sailors; sick animals; souls in purgatory; diocese of Tandag, Philippines; watermen; patron saint of Surigao City, La Huerta, Parañaque City and Buli and Cupang in Muntinlupa City, San Nicolas, Ilocos Norte a town named after St. Nicholas De Tolentino, Banton, Romblon in the Philippines
This Patron of the Universal Church was born in 1245, in answer to the prayer of a holy mother, and was vowed before his birth to the service of God. His parents had made a pilgrimage across Italy to visit the shrine of Saint Nicholas of Myre and ask his intercession to obtain a child; the infant granted them was given the same name in his honor.
Saint Nicholas of Tolentino never lost his baptismal innocence. His austerities as a very young religious were conspicuous even in the austere Order to which he belonged, the Hermits of Saint Augustine. To the remonstrances of his superiors he only replied, How can I be said to fast, while every morning at the altar I receive my God? The demons undertook a war against his spirit of prayer, going so far as to beat him and leave him inert on the floor, but they could not separate his soul from his Lord. He did, however, remain lame for life. He conceived an ardent charity for the holy souls of purgatory, so near and yet so far from their Saviour. Often, after his Mass, it was revealed to him that the souls for whom he had offered the Holy Sacrifice had been admitted to the presence of God.
Saint Nicholas frequently went out of his monastery to beg for aid to the poor. He visited prisoners and the dying to administer the Last Sacraments. And this great Saint resurrected over one hundred children, on one occasion bringing back to life several who had been under water for several days.
During an illness, he was ordered to eat meat by a physician, which he had made a vow never to do. A plate containing well-prepared fowl was brought to him. In the presence of several witnesses, he made the sign of the cross over it, and the bird flew away out the window.
During the year preceding his death, a star always appeared over the altar where he said his Mass; afterwards it would conduct him to his cell, or lead him back again, later, to the altar. Amid his loving labors for God and man, he was haunted by thoughts of his own unworthiness. The heavens, said he, are not pure in the sight of Him whom I serve; how then shall I, a sinful man, stand before Him? One day, as he pondered on the greatness of God and his own nothingness, Mary, Queen of all Saints, appeared before him. Fear not, Nicholas, She said, all is well with you: My Son bears you in His Heart, and I am your protection. Then his soul was at rest.
At the hour of his death, which occurred on September 10, 1310, he heard, it is said, the songs which the Angels sing in the presence of their Lord. He died and was buried in the chapel where he was accustomed to offer Holy Mass and say his prayers. He was canonized in 1446 by Pope Eugene IV. Three hundred and one miracles were recognized during the process. His tomb has become renowned by many more, despite the fact that his relics have been lost, save for two arms from which blood still exudes when the Church is menaced by a great danger. This occurred, for example, when the island of Cyprus was taken over by infidels in 1570. The religious of Saint Augustine continue to maintain the service of the large basilica of Saint Nicholas in Tolentino. Saint Nicholas of Tolentino, like Saint Joseph, virginal father of Jesus, has been declared a Patron of the Universal Church.
Reflection: Would you die the death of the just? There is a certain way and only one, to secure the fulfillment of your wish — live the life of the just. It is impossible that one who has been faithful to God in life should have a bad or an unhappy end.
Prayer to Venerate Any Saint
Saint Saint Nicholas of Tolentino Feast Day: September 10
Rev. 8:3-4 [3] And another angel came, and stood before the altar, having a golden censer; and there was given to him much incense, that he should offer of the prayers of all saints upon the golden altar, which is before the throne of God. [4] And the smoke of the incense of the prayers of the saints ascended up before God from the hand of the angel.
ETERNAL Father, I wish to honor St. (Name), and I give You thanks for all the graces You have bestowed upon him (her). I ask You to please increase grace in my soul through the merits of this saint, and I commit the end of my life to him (her) by this special prayer, so that by virtue of Your goodness and promise, St. (Name) might be my advocate and provide whatever is needed at that hour. Amen.
PROMISE: “When you wish to honor any particular saint and give Me thanks for all the graces I have bestowed on that saint, I increase grace in your soul through the merits of that saint. When you commit the end of your life to any of the saints by special prayers, I appoint those saints to be your advocates and to provide whatever you need at that hour.”-Our Lord to St. Gertrude
Blessed Anne Catherine Emmerich revealed in her Visions that saints are particularly powerful on their feast days and should be invoked then.