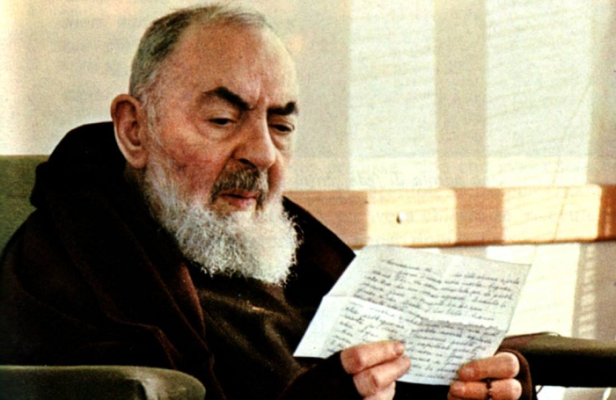 We have a very dear family friend, (their family is kindred to ours), and their family in Italy were wood-carvers who worked for The Church. Tony’s sister lived in Italy with them and she would volunteer to help sort mail for Padre Pio because he used to get bags and bags of mail every day from all over the world. Anyway, she had a pile of letters on her desk and St. Pio walked in. (You could smell him before you saw him because the aroma of the stigmata was so beautiful and heavenly she said). He put his hands over the pile of letters and without touching some of them, he moved a pile of some letters with the edge of his hand, being very careful not to touch them. He said to her, “Throw these in the trash and do not read them!” She immediately did. He then picked up the remaining letters with his fingers and walked away. Curious, as soon as he left, she fished out a couple of the letters from the trash basket and opened them. She said they were filled with such obscenities and profanities that she couldn’t finish reading them! Needless to say, she threw them back in the trash and never did that again!