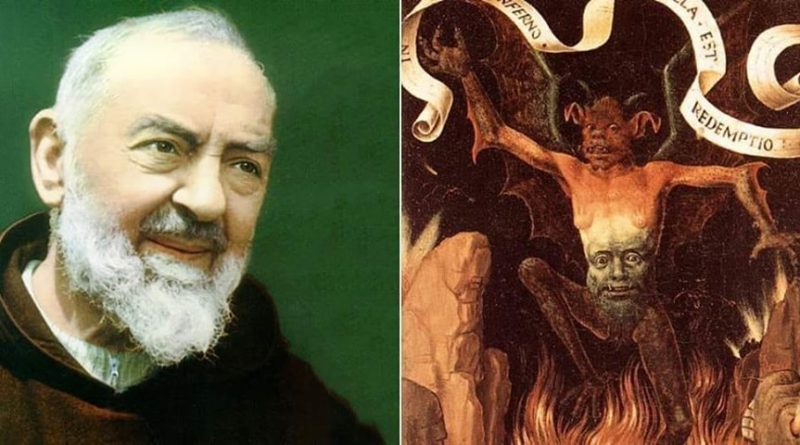 Satan went beyond all the limits of deception when he went to Father Pio pretending to be a penitent. This is the Father Pio’s testimony: “One day, while I was hearing confessions, a man came to the confessional where I was. He was tall, handsome, dressed with some refinement and he was kind and polite. He started to confess his sins, which were of every kind: against God, against man and against the morals. All the sins were obnoxious! I was disoriented, in fact for all the sins that he told me, but I responded to him with God’s Word, the example of the Church, and the morals of the Saints. But the enigmatic penitent answered me word for word, justifying his sins, always with extreme ability and politeness. He excused all the sinful actions, making them sound quite normal and natural, even comprehensible on the human level.. He continued this way with the sins that were gruesome against God, Our Lady, the Saints, always using disrespectful round-about argumentation. He kept this up even with with the foulest of sins that could be conjured in the mind of a most sinful man. The answers that he gave me with such skilled subtlety and malice surprised me. I wondered: who is he? What world does he come from? And I tried to look at him in order to read something on his face. At the same time I concentrated on every word he spoke, trying to discover any clue to his identity.. But suddenly; through a vivid, radiant and internal light I clearly recognized who he was. With a sound and imperial tone I told him: “Say long live Jesus, long live Mary!”As soon as I pronounced these sweet and powerful names, Satan instantly disappeared in a trickle of fire, leaving behind him an unbearable stench.”