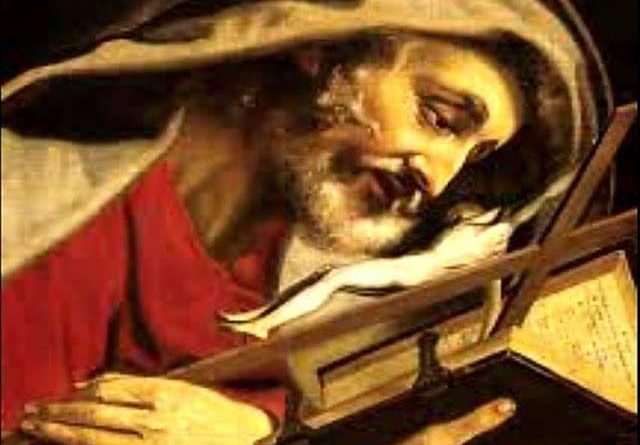 “Jerome, what will you give me for my birthday?”

After many years spent in Jerusalem translating the Word of God, Jerome finished his grand project just days before Christmas. To celebrate his accomplishment, Jerome decided to spend Christmas Eve in nearby Bethlehem, in one of the many grottoes that dot the countryside. According to the ancient account, sometime around midnight Jesus appeared to him, saying “Jerome, what will you give me for my birthday?”
.
Immediately and enthusiastically, Jerome declared, “Lord, I give you my translation of your word.” But instead of congratulating him, Jesus simply replied, “No, Jerome, that is not what I want.”
.
Jerome was speechless. Then he began to complain and remonstrate with Jesus, asking why he had let him go on for forty years, far from home, laboring at something other than what God most wanted from him. But Jesus remained silent. Jerome started suggesting other ways of honoring Jesus’ birthday – fasting, becoming a hermit, giving his possessions to the poor. To each of these Jesus replied, “No. Jerome. That is not what I want most.”
.
Finally, Jerome protested, “Then you tell me, Lord. Tell me what would give you the most joy on your birthday, and you shall have it.
.
“Do you promise, Jerome?”
.
“Yes, Lord, anything at all.”
.
Jesus replied, “Give me your sins…”