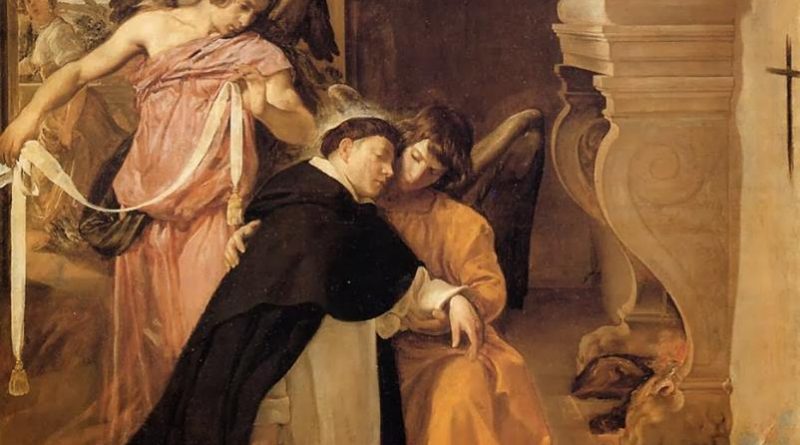 Most people know and recall Thomas for being a master theologian, philosopher, teacher, preacher, and a Doctor of the Universal Church—for thus is his overwhelming legacy but St. Thomas Aquinas wasn’t just a saint because of his intellect but also because of his child like nature. When Thomas was a small child, a tremendous storm burst over the ancestral castle and a lightning bolt shot into the chamber killing both his sister and his nurse. This tragedy left the lad with a terror for thunderstorms that persisted throughout his life. When the skies rumbled and flashed, he was known to creep into the priory chapel and thrust his head into the tabernacle—as any toddler might creep into his parents’ room on such a night. Is this the behavior of a man possessed with mystic reason and iron logic? On the contrary, is there any man wiser than a man who is like a child who Christ said we must become like?

One episode showing his child like innocence occurred when one day his own Friars tried to make a joke of him. “Thomas! Thomas!” two snickering friars called, rousing their brother who was bent over his books. “Look out the window—there are pigs flying about in the sky!” Thomas rose at once and bounced to the window incredulously. The friars laughed. Putting the finishing touch on the jest, the saint responded, “I would rather believe that pigs can fly than believe that my brethren could lie.” Could such waggish wit reside in a severe philosopher? On the contrary, can anyone be a philosopher without a childish sense of humor?