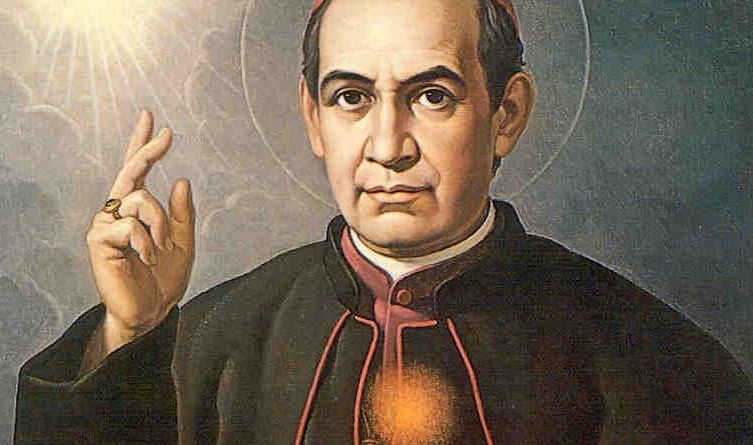 The sensation of pain in Hell is essentially very dreadful. Picture yourself, my soul, on a dark night on the summit of a high mountain. Beneath you is a deep valley, and the earth opens so that with your gaze you can see Hell in the cavity of it. Picture it as a prison situated in the center of the earth, many leagues down, all full of fire, hemmed in so impenetrably that for all eternity, not even the smoke can escape. In this prison, the damned are packed so tightly one on the other like bricks in a kiln… Consider the quality of the fire in which they burn. First, the fire is all-extensive and tortures the whole body and the whole soul. A damned person lies in hell forever in the same spot which he was assigned by divine justice, without being able to move, as a prisoner in stocks. The fire in which he is totally enveloped, as a fish in water, burns around him, on his left, his right, above and below. His head, his breast, his shoulders, his arms, his hands, and his feet are all penetrated with fire so that he completely resembles a glowing hot piece of iron which has just been withdrawn from an oven. The roof beneath which the damned person dwells is fire; the food he takes is fire; the drink he tastes is fire; the air he breathes is fire; whatever he sees and touches is all fire… But this fire is not merely outside him; it also passes within the condemned person. It penetrates his brain, his teeth, his tongue, his throat, his liver, his lungs, his bowels, his belly, his heart, his veins, his nerves, his bones, even to the marrow, and even his blood.

Death will come soon,
Judgment will follow and then
Heaven or Hell forever!

Therefore, O Child of Jesus and Mary,
Avoid sin and all dangerous occasions of sin. Pray without ceasing. Go frequently to Confession and to Holy Communion.
.
Saint Alphonsus de Liguori.