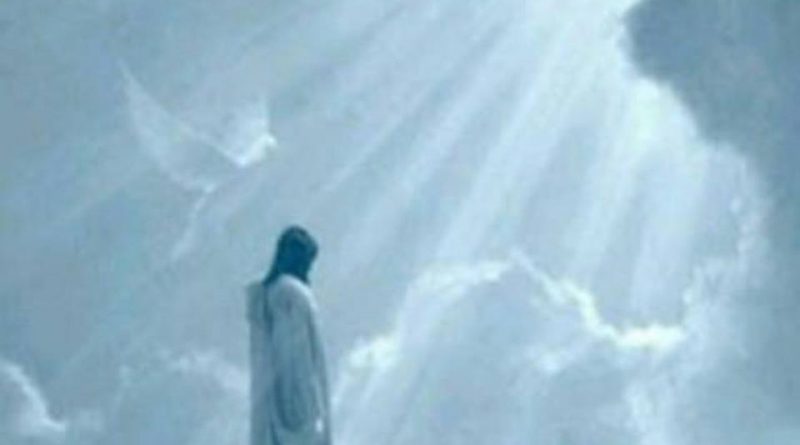 Saint Alphonsus Maria de Liguori told a story shared with him by a superior of the Jesuit order about a different superior who appeared to him after his death and gave a detailed report about what sort of treatment different people could expect in heaven. According to the departed superior, the rewards of heaven are not equal for all who enter, but all who enter are equally satisfied:
.
“Now I am in Heaven, Philip II, king of Spain, is in Heaven as well. We both are enjoying the eternal rewards of paradise, but they are very different for us. My happiness is much greater than his, for it is not like when we were still on earth, for then he was royalty and I was a commoner. We were as far apart as the earth and sky, but now it has been reversed: As lowly as I was compared to the king on earth, I now exceed him in glory in Heaven. However, we are both happy, and our hearts are completely satisfied.”
.
.
Saint John Bosco Vision of Heaven

Saint John Bosco had a vision of Heaven in the form of a dream, which he related to his boys during one of his famous “bedtime talks.”

In 1876, his recently-deceased disciple Saint Dominic Savio appeared to him in a dream. Saint John Bosco told his pupils:

As you know, dreams come in one’s sleep. So during the night hours of December 6, while I was in my room – whether reading or pacing back and forth or resting in my bed, I am not sure – I began dreaming.

Marvelous Garden
It suddenly seemed to me that I was standing on a small mound or hillock, on the rim of a broad plain so far-reaching that the eye could not compass its boundaries lost in vastness. All was blue, blue as the calmest sea, though what I saw was not water. It resembled a highly polished, sparkling sea of glass. Stretching out beneath, behind and on either side of me was an expanse of what looked like seashore.

Broad, imposing avenues divided the plain into grand gardens of indescribable beauty, each broken up by thickets, lawns, and flower beds of varied shapes and colors.

“Each species and each single plant sparkled with a brilliance of its own.”

None of the plants we know could ever give you an idea of those flowers, although there was a resemblance of sorts. The very grass, the flowers, the trees, and the fruit – all were of singular and magnificent beauty. Leaves were of gold, trunks and boughs were of diamonds, and every tiny detail was in keeping with this wealth. The various kinds of plants were beyond counting.

Each species and each single plant sparkled with a brilliance of its own. Scattered throughout those gardens and spread over the entire plain I could see countless buildings whose architecture, magnificence, harmony, grandeur and size were so unique that one could say all the treasures of earth could not suffice to build a single one. If only my boys had one such house, I said to myself, how they would love it, how happy they would be, and how much they would enjoy being there! Thus ran my thoughts as I gazed upon the exterior of those buildings, but how much greater must their inner splendor have been!

An Enchanting Melody
As I stood there basking in the splendor of those gardens, I suddenly heard music most sweet – so delightful and enchanting a melody that I could never adequately describe it. … A hundred thousand instruments played, each with its own sound, uniquely different from all others, and every possible sound set the air alive with its resonant waves.

“I suddenly heard music most sweet.”

Blended with them were the songs of choristers.

In those gardens I looked upon a multitude of people enjoying themselves happily, some singing, others playing, but every note, had the effect of a thousand different instruments playing together. At one and the same time, if you can imagine such a thing, one could hear all the notes of the chromatic scale, from the deepest to the highest, yet all in perfect harmony. Ah yes, we have nothing on earth to compare with that symphony.

Deepest Pleasure
One could tell from the expression of those happy faces that the singers not only took the deepest pleasure in singing, but also received vast joy in listening to the others. The more they sang, the more pressing became their desire to sing. The more they listened the more vibrant became their yearning to hear more…

As I listened enthralled to that heavenly choir I saw an endless multitude of boys approaching me. Many I recognized as having been at the Oratory and in our other schools, but by far the majority of them were total strangers to me. Their endless ranks drew closer, headed by Dominic Savio, who was followed immediately by Father Alasonatti, Father Chiali, Father Guilitto and many other clerics and priests, each leading a squad of boys…

A Most Radiant Joy
Once that host of boys got some eight or ten paces from me, they halted. There was a flash of light far brighter than before, the music stopped, and a hushed silence fell over all. A most radiant joy encompassed all the boys and sparkled in their eyes, their countenances aglow with happiness. They looked and smiled at me very pleasantly, as though to speak, but no one said a word.

Dominic Savio stepped forward a pace or two, standing so close to me that, had I stretched out my hand, I would surely have touched him. He too was silent and gazed upon me with a smile…

At last Dominic Savio spoke. “Why do you stand there silent, as though you were almost devitalized?” he asked. “Aren’t you the one who once feared nothing, holding your ground against slander, persecution, hostility, hardships and dangers of all sorts? Where is courage? Say something!”

Loving Warmth
I forced myself to reply in a stammer, “I do not know what to say. Are you Dominic Savio?”

“How come you are here?” I asked still bewildered.

Savio spoke affectionately. “I came to talk with you. We spoke together so often on earth! Do you not recall how much you loved me, or how many tokens of friendship you gave me and how kind you were to me? And did I not return the warmth of your love? How much trust I placed in you! So why are you tongue-tied? Why are you shaking? Come ask me a question or two!”

Abode of Happiness
Summoning my courage, I replied, “I am shaking because I don’t know where I am.”

“You are in the abode of happiness,” Savio answered, “where one experiences every joy, every delight.”

“Is this the reward of the just?”

“Not at all! Here we do not enjoy supernatural happiness but only a natural one, though greatly magnified.”

“Might I be allowed to see a little supernatural light?”

“No one can see it until he has come to see God as He is. The faintest ray of that light would instantly strike one dead, because the human senses are not sturdy enough to endure it.”
.
.
WHAT SAINT LUTGARDE SAW IN HEAVEN
.
Saint Lutgarde a 13th Century Religious Sister was speaking with a sister in religion on Heavenly and spiritual matters, and searching for fresh means to appease the wrath of God, they were both overcome with so intense a longing for the salvation and rescue of sinners, that for very pity their hearts did faint away, and they were consumed with hot and fiery love for God and their fellowmen. Even as they spoke together quickly and eagerly, they were both overpowered by ecstasy, and in that state lay as dead during four whole days. But while their bodies lay thus, they themselves were led in spirit into the clear light of eternal joy, and they saw the whole Heavenly Host, and the Most Holy, Undivided Trinity. During the four long unbroken days when the holy servant of God and her spiritual sister lay on the ground as though dead, they saw how the Heavenly Court was so exquisitely adorned and ordered with such beauty and regularity that their hearts were not able to grasp it nor their lips to express it.They saw how the Most Holy Trinity lit up the whole of Heaven with an unutterably clear light; and how the Nobel Queen Mary, as Mother of the Eternal Wisdom, shone with a radiance incomparably more beautiful than does the hottest mid-day sun. And this all high and holy Court resounds with the most entrancing music, and with the songs of the dear Angels.THERE the holy patriarchs and prophets, who had foretold the coming of the Redeemer and longed after it with so great a longing, lifted up their voices in merry gladness.
There the holy Apostles sit as Judges, because they forsook all on earth to follow Christ, their Lord and Master; and beside them sit the Evangelists, who did so faithfully transmit to us the teaching, life, and miracles of Christ, leaving behind them a record for all future generations of men.THERE the glorious martyrs reign in triumph – they who yielded up their bodies to a thousand kinds of pain and martyrdom for love of Christ, and by the shedding of their blood deserved to win a heavenly crown.There stand all glad and joyous the holy priests and confessors who witnessed to the Name of God openly and boldly; and by their side are all the holy virgins, who led down here a life austere and upright, chaste and mortified, silent and hidden. And all these together encircle the vast hall of Heaven like a garland of beautiful red roses and glorious white lilies, filling it with the sweetest perfume, all the while they sing to the Most High God their ceaseless hymn of praise. Last of all, St Lutgarde and the Sister saw a great company that no man could number, who by the earnest pursuit of good works had laid hold of salvation, and through the conquest of self, the world, and Satan, had deserved to enter in the company of the blessed. Now it was revealed to our Saints that in one particular quarter of the Holy City reigned the greatest joy of all the Heavenly Court. Here existed, as it were, a very overflow of happiness, for here the all-sweet odour of Divine Love and of every conceivable goodness and virtue, was united to the most soul-entrancing music of the great Song of Praise. The least little gleam from this spot surpasses all the gleam of a hundred thousand earthly suns. So far indeed does it surpass them, that it was quite useless to try to describe it.”
.
THE PRIVILEGES AND LIBERTIES OF THE HEAVENLY COURT

In Heaven many privileges and liberties are enjoyed, to wit:
1. Love without Suffering
2. Eternal Life without Death
3. Eternal Youth without Age
4. Riches without Poverty
5. Unfailing Health without Sickness
6. Unspeakable Joy without Grief
7. Everlasting Peace, and the Perpetual Grace of God.