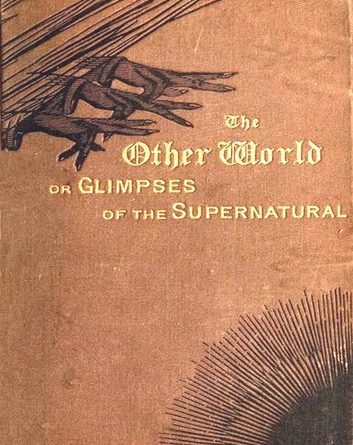 CONFESSION PART 2: : Electric Boogaloo
.
http://www.catholicbook.com/catholic…/warningsfrombeyond.htm
.
A literal text of the revelations made by the demons
Akabor, Allida, Judas Iscariot, Veroba and Beelzebub,
during a series of exorcisms’
.
Imprimatur: + Archbishop Stanley Monaghan
.
The book essentially exposes the remarks and gestures made by a possessed woman in Switzerland during 1975-1978. Speaking through the possessed woman, the demons were forced to tell the truth by Our Lady under the Solemn Church Exorcism, which was witnessed by the following priests who have all expressed their conviction of the authenticity of the revelations made by the demons upon the order of the Blessed Virgin.
.
1. Abbot Albert-l`Arx, Niederbuchorten
2. Abbot Arnold Elig, Ramiswil
3. Abbot Ernest Fischer, Missionary, Gossau (St.-Gall).
4. Rev. Father Pius Gervasi, O.S.B., Disentis
5. Abbot Karl Holdener, Ried
6. Rev. Father Gregoire Meyer, – Trimbach
7. Rev. Father Robert Rinderer, C.P.P.S., Auw
8. Abbot Louis Veillard, Cerneux-Pequignot
.
All eight priests are Swiss, except Father E. Fischer, a German. All participated in the exorcisms except Father G. Meyer who was spiritual director of the possessed woman. Two other French priests also participated in the exorcisms.
.
CATHOLIC FEASTS
.
J: Feasts… Catholic Feasts! Everything is changed and higgledy-piggledy; dates have been altered and the people can’t find them any more. Formerly, they were able to know in advance: “Now, here is such and such a feast coming up”… and now… (ironic laugh)
.
E: Tell the truth, on behalf of the Blessed Virgin!
.
J: Now, people don’t know any longer when these feast-days occur – neither the dates, nor which dates are fixed ones. This is a great win for us, but a senseless loss for everyone else; for there used to be feasts for which men used to prepare themselves for weeks in advance. Now they can’t do that any more, or they do it only rarely, because they don’t have the dates fixed in their minds any longer; and in every calendar they are on different dates. How are they expected to prepare themselves? It is not the same thing to come to the Church and celebrate a certain feast with the bishops and priests on a certain day in a certain way, and then, later on, in their own homes, celebrate the old feast on the old date all by themselves.
.
E: Tell the truth, on behalf of the Blessed Virgin!
.
J: But believe us, even where we live in Hell, it is the old feasts which are in force. They have much more impact where we are then where you live, on earth. You are well aware of that already from the Feast of Our Lady of Mount Carmel.
.
E: Tell the truth, nothing but the truth, on behalf of the Blessed Virgin!
.
ALL SAINTS – ALL SOULS DAY – THE SOULS IN PURGATORY
.
J: All the feasts must be reestablished in their proper place. And Holy Souls Day – that is another idiotic story! E: Tell the truth, on behalf of the Blessed Virgin!
.
J: The Souls in Purgatory are at a terrible disadvantage. In former times, cemeteries used to be visited. Every prayer said there gained an Indulgence; a soul could go straight to Heaven. Now that doesn’t happen any more; that is to say, some people still go to the cemeteries, but they are no longer encouraged to do so. This has been done away with by the clergy. They say that these Indulgences no longer apply, and that only one of them is available at All Saints time. What do you expect the Holy Souls to do now, with only one, single Indulgence?
.
Ah! In former times, thousands and thousands of souls were delivered, one should say, millions… and now? Now, it is a terrible loss for them; they are calling out for help and nobody comes. And now, here we are, with this feast coming up again (N.B. date of this exorcism is October 31). Everyone should be told about all this, but, for that matter, they wouldn’t believe it (boisterous laugh of evil joy).
.
E: Tell the truth, on behalf of the Blessed Virgin!
.
J: It wasn’t difficult: simply to go to the cemetery, sprinkle holy water there while saying an “Eternal rest grant to them, Oh Lord”, and, sometimes, an “Our Father” or some other prayer which might come to mind. When prayers like that were said with the right intention, a soul was actually delivered from Purgatory with each prayer. Now, even the good, who still believe in this, are led into error when they are told: “You cannot gain such and such an Indulgence because it is no longer valid!” Naturally, that is excellent for us in Hell (laugh of wicked joy).
.
E: Speak only on behalf of the Blessed Virgin, nothing but the truth, the whole truth!
.
J: For this great Indulgence, that of All Saints (only one of which can be gained now, according to the modern priests) many people still find the six “Our Fathers”, etc., too long. Another thing – because of this Indulgence being limited to only one, scarcely any souls are delivered any more. God Himself – the One up there (he points upward) – will set people’s thinking straight on this. But, without any doubt, for many it will he largely too late; it will be too late.
.
I must say further that this has more connection than you think with feast-days in general. In recent times, they have lost their importance, particularly those of the Blessed Virgin. The December 8 has not been changed, but what is that? There are many other great feasts. Let us quote as an example, that of Our Lady of Mount Carmel, and several other great feasts and commemorative days. When people do not go to Mass on those days to beg the Blessed Virgin’s assistance in the conduct of their lives, they receive fewer graces: for them, this is a great loss, but for us, it is a magnificent gain. E: Speak only on behalf of the Blessed Virgin, and only the truth!
.
THE PRIESTHOOD AND THE CARE OF SOULS. PRIESTS AND GRACE