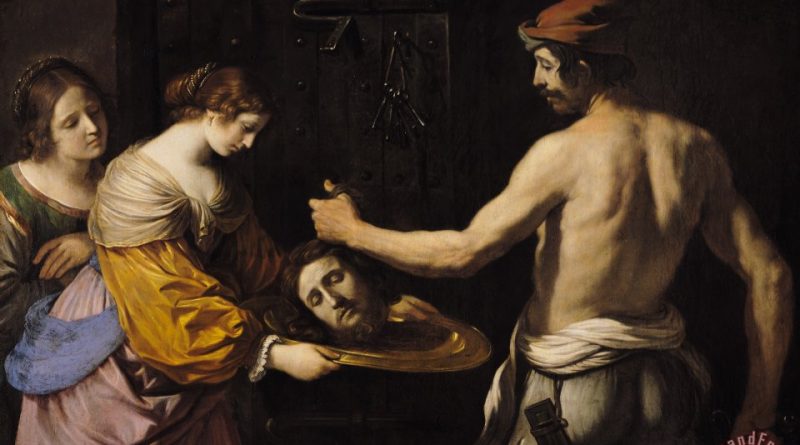 Saint John the Baptist was called by God to be the precursor of His divine Son. In order to preserve his innocence spotless, and to improve upon the extraordinary graces which he had received in his earliest infancy, he was directed by the Holy Spirit to lead an austere and contemplative life in the wilderness. There he devoted himself to the continuous exercise of devout prayer and penance.
When Saint John was thirty years old, the faithful minister of the Lord began to discharge his mission. Clothed with the garments of penance, he announced to all men the obligation weighing upon them of washing away their iniquities with the tears of sincere compunction. He proclaimed the Messiah, who was of his own age but whom he had never seen, when one day Jesus came to be baptized by him in the Jordan. Saint John was received by the poor folk as the true herald of the Most High God, and his voice was, as it were, a trumpet sounding from heaven to summon all men to avert the divine judgments. Souls were exhorted by him to prepare themselves to reap the benefit of the mercy offered them.
When the tetrarch Herod Antipas, in defiance of all laws divine and human, married Herodias, the wife of his brother Philip who was yet living, Saint John the Baptist boldly reprimanded the tetrarch and his accomplice for so scandalous an adultery. Herod, motivated by his lust and his anger, cast the Saint into prison. About a year after Saint John had been made a prisoner, Herod gave a splendid entertainment to the official world of Galilee. Salome, a daughter of Herodias by her lawful husband, pleased Herod by her dancing, to the point that he made her the foolish promise of granting whatever she might ask. Salome consulted with her mother as to what to ask, and that immoral woman instructed her daughter to demand the death of John the Baptist, and that the head of the prisoner should be immediately brought to her on a platter. This barbaric request startled the tyrant himself; but governed by human respect he assented and sent a soldier of his guard to behead the Saint in prison. Thus died the great forerunner of our blessed Saviour, some two years after his entrance upon his public ministry, and a year before the death of the One he announced.
Reflection: All the signal graces with which Saint John was favored sprang from his humility; in that virtue all his other virtues were founded. If we desire to form ourselves to solid virtue, we must, above all things, labor to lay the same deep foundation.