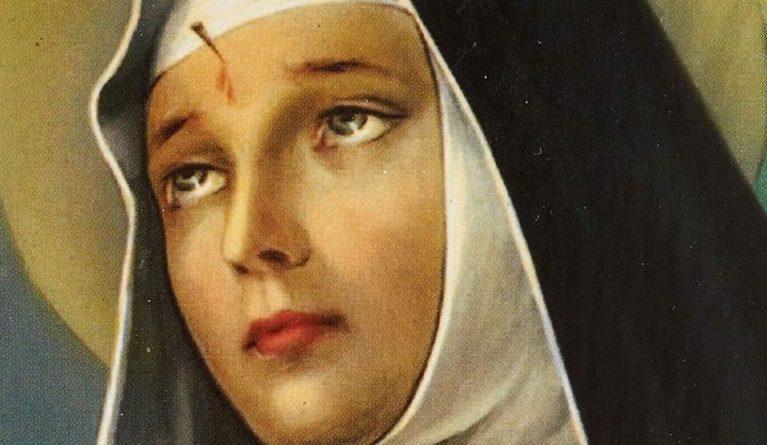 Saint Rita, who had known her share of suffering at the hands of her abusive husband, and after the loss of her sons, prayed for more suffering—to be united with Christ in His suffering. One day, as holy Scholars tell us, Saint Rita was kneeling in prayer before a replica of the Crucified Christ. She implored, “Oh my Jesus, let me share in Thy suffering at least by one of Thy thorns.” At that moment, a single thorn from the crown surrounding Jesus’ head flew through the air and speared directly into Sister Rita’s forehead. This wound bled until the end of her life and caused her considerable pain and suffering. It also emitted a repulsive stench, such that Rita spent the majority of her last 15 years in seclusion. Two hundred years after she died, an interesting phenomenon occurred. At the Monastery in Cascia, where Rita had spent the latter half of her life, white bees—similar to those who had swarmed her as an infant– were observed to came out of the walls of the Monastery during Holy Week of each year. These bees remained until the feast day of Saint Rita on May 22nd, and then returned to hibernation until Holy Week of the following year. Pope Urban VIII, learning of the bees, requested that one of the them be brought to him in Rome. After a careful examination of the bee, he tied a silk thread around it. Setting it free, the bee was later discovered in its hive at the Monastery in Cascia, 138 kilometers away. And so the tradition of the bees began. The holes in the wall where the bees traditionally remain until the following year, are plainly in view for pilgrims journeying even today to the Monastery.